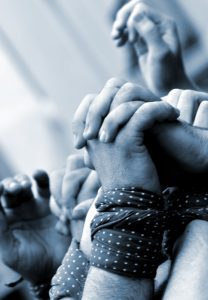 The work of the Task Force takes various forms. The members and observers often participate in and organize events related to SSE. The Task Force also regularly hosts side-events during relevant UN processes and civil society conferences. Those activities help raise the visibility of the role that SSE organizations play in sustainable development. You can find more information about events here.

The UNTFSSE publishes documents jointly written by its members and observers. The first Task Force position paper argues that the post-2015 development agenda should pay more attention to the potential of social and solidarity economy (SSE). We illustrate this potential by examining the role of SSE in selected issue areas which, we believe, are central to the challenge of socially sustainable development in the 21st century. The position paper is available in English, Spanish and Portuguese.

The position statement entitled Realizing the 2030 Agenda through Social and Solidarity Economy highlights how SSE can play a crucial role in the realization of the 2030 Agenda and the SDGs by promoting inclusive and sustainable development through concrete social, institutional and innovative practices. The linkages between SSE and all the 17 SDGs draw attention to its potential as an alternative model of development.

The website of the UNTFSSE also serves as library for publications of UN agencies that tackle SSE related issues. This provides easy access to a range of information on what the UN is doing in connection with SSE.

The Task Force aims to ensure coordination of SSE related activities at the international level, and in collaboration with civil society. During the UNTFSSE meetings, members and observers identify potential areas for partnerships and joint projects. In this way, the Task Force coordinates UN and civil society efforts.