UNTFSSE participates in the relaunch of the Pact for Impact Alliance 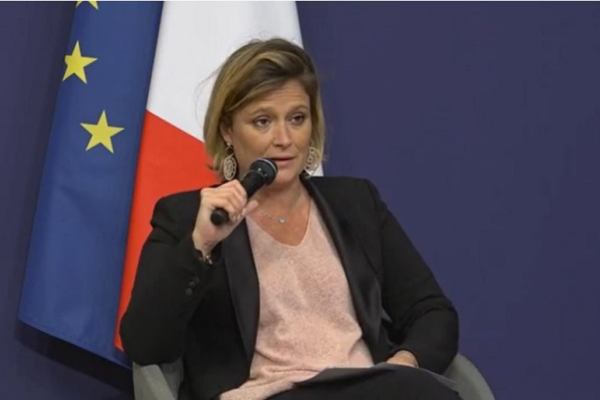 The Chair of the UNTFSSE and Director of the Enterprises Department, Mr. Vic Van Vuuren, participated in the re-launch of the Pact for Impact Alliance virtually held on 15 April 2020.

The event started with the opening remarks of Ms Olivia Grégoire, French Minister of State in charge of the social, solidarity and responsible economy. Ms Grégoire recalled that the first summit of the Alliance, held in 2019 aimed at creating a Global Alliance that promotes and strengthens the Social and Solidarity Economy (SSE) institutions, inclusive businesses and stakeholders of social innovation. This first Summit was followed by other events, among which the High-Level Political Forum (HLFP) side event was organized in July 2019. Ms. Grégoire reaffirmed the commitment of France, and the new French Ministry in charge of SSE, to re-launching and advancing the Pact for Impact Alliance.

The event continued with two round tables.

The first Round Table was on “Social and Solidarity Economy (SSE) and Inclusive Economy: Providing solutions to address the social and environmental challenges accelerated by the COVID-19 pandemic”. The panel discussion was moderated by Ms. Sarah Prince-Robin, Project Manager for the General Commissioner for Sustainable Development at the Ministry of Ecological Transition (METS). The speakers included: Mr Joaquín Perez Rey, Secretary of State for Employment and Social Economy from the government of Spain; Ms. Antonella Noya Head of Unit, Social Economy and Innovation at the Centre for Entrepreneurship, SMEs, Regions and Cities, OECD; Mr. Madani Koumare, Coordinator of the Mechanism for the Refinancing of Decentralized Financial Systems in Mali, President of the RENAPESS Mali and the RAESS; Ms Sue Riddlestone, board member of Catalyst 2030. Mr Vincent Chrysostome Ndongo, Deputy Director of Social Economy Development within the Ministry of Small and Medium Sized Enterprises, Social Economy and Handicrafts (MINPMEESA) of Cameroon sent his contribution via video message (see here).

The second Round Table focused on “Public policies fostering the development of the Social Solidarity Economy (SSE) and the Inclusive Economy in the recovery phase”. It was moderated by Ms Miren Bengoa, Director of SOS International. The speakers included: Mr Harouna Niang, Minister of Industry, Trade and Investment Promotion from the government of Mali; Mr Mario Limoges, Associate Deputy Minister, Entrepreneurship and Competitiveness of Enterprises and Regions, Ministry of Economy and Innovation, Government of Quebec; Ms Camara Fatimata Traore, First Deputy Mayor of Bamako District; Ms Emmanuelle Riedel-Drouin, Director of the Economic and Financial Transition Department of the French Development Agency.

Mr Vic Van Vuuren, Chairman of the United Nations’ Task Force of Social and Solidarity Economy (UNTFSSE ) and Director of the Enterprises Department at the International Labour Organization (ILO) participated in this round table. Mr Van Vuuren mentioned the urgency to reinforce multilateralism and joint efforts in the framework of the 2030 Agenda. He stated that it is critical to involve SSE organizations in order to accelerate the achievements of the Sustainable Development Goals (SDGs), and to ensure a “better recovery.” He added that in terms of recovery plans, the governments should: focus on the causes of this crisis when devising reconstruction measures; include SSE organizations when designing and implementing response and recovery measures; co-build public policies in strategic socio-economic sectors for better recovery from the crisis; encourage long-term investments and policies in the plural economy and develop supplementary indicators of progress towards well-being.

Mr Samuel Brülisauer, research analyst at UNRISD, shared a presentation and call for contributions to the mapping of actors in the SSE and the Inclusive Economy.

The event was concluded by Ms Olivia Grégoire, who expressed her commitment in advancing a UN Resolution on SSE and inclusive economy and the need to advance the international recognition that SSE plays towards the attainment of the SDGs, among other priorities. The event concluded with a video presenting the Alliance. The video recording of the event is available here.

For more information about the Alliance’s roadmap, see here.