UNTFSSE participates in the Side event 2020 International Day of Persons with Disabilities (IDPD): “Building Back Better: Action Toward a Disability-Inclusive, Accessible and Sustainable Post-COVID-19 World” 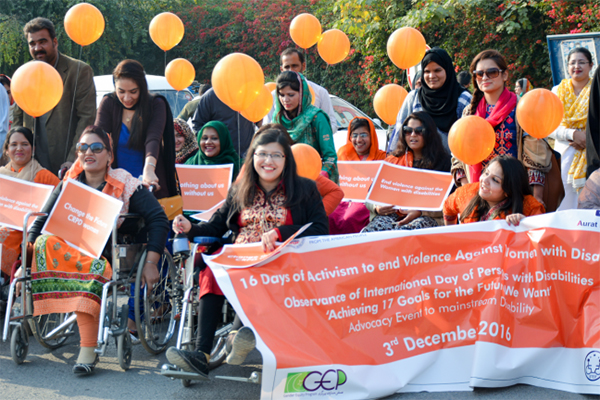 The occurrence was virtually held on 4 December 2020, as a side event at the Thirteenth Session of the Conference of States Parties to the Convention on the Rights of Persons with Disabilities (COSP13), which took place from 30 November to 3 December 2020.

The panel discussions focused on the recent progress by the UN system in strengthening of the international policy framework on disability-inclusive development through the recent adoption of the resolution on “Inclusive Development for and with Persons with Disabilities” by the Third Committee of the General Assembly. Moreover, the session addressed the “tools” developed by the UN system for mainstreaming disability in different areas of its mandates. The first phase of the implementation of the UN Disability Inclusion Strategy has seen progress in the disability inclusion in the UN operational frameworks. Other tools, including those developed by UN Women, the United Nations Partnership on the Rights of Persons with Disabilities (UNPRPD) and the World Bank, are also contributing to positive changes on the ground for equality and inclusion of persons with disabilities. Furthermore, the discussion included good practices by civil society organizations and the private sector and private foundations to “build back better” toward an inclusive, accessible and sustainable post COVID-19 world.

As part of the Q&A, moderator Mr. Gopal Mitra, Senior Officer of the Disability Team at the Executive Office of the Secretary-General (EOSG) of the UN requested the Respondent Mr. Cabra de Luna Miguel Angel, EESC Observer to the UNTFSSE, to provide his comments. Mr. Cabra de Luna mentioned that at the European level a new European Disability Strategy is under discussion for the period 2021-2030. He also noted that it is key to advocate for including disfavoured groups and notably people with disabilities in the measures of the EU Recovery Fund, while also ensuring that no-one is left behind in the recovery post-pandemic. Concrete and targeted measures should be systematically envisaged for women with disabilities, who often face stronger discrimination. Moreover, he added that foundations, as part of the broader Social and Solidarity Economy (SSE), have a unique role to play to promote the mainstreaming of disability across all areas and sectors, since they have a mix of funding, expertise, general interest perspective and long-term thinking. In that context EESC is working in leveraging that sector potential, which in some countries represents up to 10 per cent of the GDP (e.g. Spain), to advance the social and labour integration of people with disabilities. Mr. Cabra de Luna noted that Social Economy Europe recently published a best-practice guide illustrating practically how SSE enterprises can mainstream disability. An example is the Spanish National Organization of the Blind (ONCE ), which is one of the leading social economy and disability organizations in the world and employs more than 70,000 people with a large majority of them having some type of disability.

The speech of. Mr. Cabra de Luna is available here.

The whole event is available here.