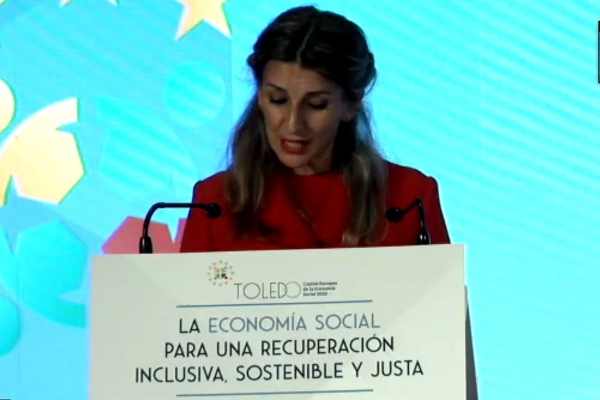 On 04 December 2020, Ms. Yolanda Díaz, the Spanish Minister of Labour and Social Economy and Maravillas Espín, Director General for Self-Employment, Social Economy and CSR chaired the second meeting of the Monitoring Committee of the Luxembourg Declaration, following the first meeting of May 2020. Spain is the current chair of this committee.

Representatives of several Member States of the European Union were present, along with the European Commission, European Economic and Social Committee (EESC), Social Economy Europe (SEE), ILO, OECD and the UN Inter-Agency Task Force on Social and Solidarity Economy (UNTFSSE).

Sixteen EU member states announced their readiness to sign the Declaration of Toledo, among them Austria, Belgium, Bulgaria, Cyprus, Czech Republic, Spain, Finland, France, Ireland, Italy, Luxembourg, Malta, Portugal, Romania, Slovenia and Slovakia.As Chair of the committee in 2020 the Spanish Government representatives announced that it was possible to enlarge the number of member states involved in the committee. They further pointed to the creation of a dedicated webpage for the Monitoring Committee of the Luxembourg Declaration, as a space to share good practices on SSE at EU level.

The Portuguese government representatives noted they will nominate a new European capital of SSE early 2021, as Portugal takes on the position of Chair of the Luxemburg Monitoring Committee. Moreover, they will be committed in continuing the work undertaken by Spain, by strengthening the dialogue and sharing of good practices among different member states part of the committee.

Several European government representatives took the floor and stated their willingness to continue working on the promotion of SSE and, in particular, joint efforts within the framework of the upcoming EU Action Plan on the SSE. The French Government mentioned that despite the change of Ministry of reference for SSE, now under the Ministry of Economy and Finance, the commitment of the French government to SSE at national, regional and international levels continues. Moreover, the initiative Pact for Impact initiative initiated by France in 2019 will continue and it is intended to be an initiative at the disposal of all countries interested in advancing the creation of alliances at European and international level. The Italian Government representatives announced the Italian candidacy for chairing the committee in 2022. The Italian government representatives further noted their government’s interest in including SSE as one of the areas of discussion during the Italian Presidency of G20 in 2021. 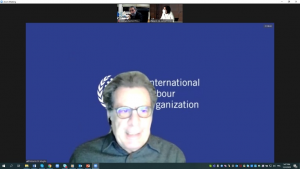 In his intervention, Mr. Roberto Di Meglio underlined the importance of such a Declaration and the commitment of member states in the Action Plan on SSE at the European level. He also welcomed that the declaration mentioned the international dimension, including a reference to a possible future UN Resolution on the SSE that recognizes and promotes these enterprises and entities in their contribution to inclusive and sustainable economies with positive effects for people and the planet. He noted the commitment of the ILO and UNTFSSE to keep working for increased visibility of SSE at all levels, especially from a normative perspective.
English