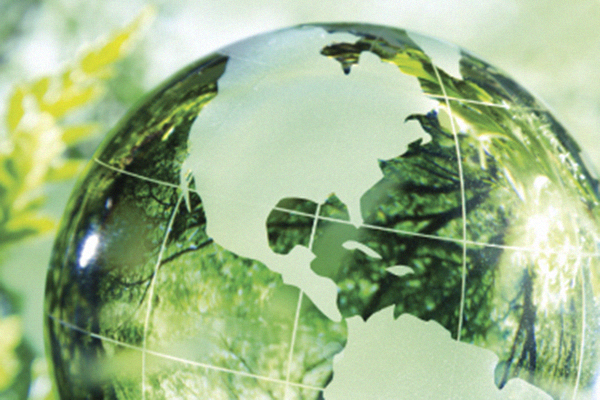 The HLPF 2020 side-event was co-organized by the Permanent Mission of France to the United Nations along with Mr. Christophe Itier, High-Commissioner for Social and Solidarity Economy and Social Innovation, Mrs. Alexandra Palt, Executive Vice President, Chief Corporate Responsibility Officer at L’Oréal and the Permanent Mission of Finland to the United Nations.

The virtual event on “Social economy and women empowerment, leverages for Sustainable Development Goals and Climate Action”, was moderated by Carrie Nooten, United Nations Correspondent for Le Monde and Radio France Internationale (RFI).  Composed of two panels the event was part of the initiative of the Pact for Impact Global Alliance launched in July 2019 in Paris. The first panel focused on paving the way for a more resilient world through social and solidarity economy in context of the Covid-19 pandemic. The second panel explored the relationship between gender equality, women’s empowerment and climate change.

During the first round table, Mr. Itier, High Commissioner of Social and Solidarity Economy (SSE) and Social Innovation of the Ministry of Ecological and Solidarity Transition of France noted that SSE is playing a role in post-Covid-19 reconstruction. He highlighted how SSE prioritizes local production, shorter supply chains and fair trade, the empowerment of women and creation and preservation of decent work. He observed that in many countries around the world new SSE regulatory frameworks and specific financial mechanisms for SSE are being put in place to create and strengthen SSE ecosystems. He underlined the importance of having a UN General Assembly Resolution on SSE.

Mr. Marvin Rodríguez Cordero, Vice-President of the Republic of Costa Rica, spoke about the importance of having multi-dimensional development at the national level, aligned with the 2030 Agenda. He underlined the need to reinforce the multilateral system. He mentioned that the government of Costa Rica is working on its first public policy on SSE. He noted that SSE embodies the values and principles needed to shift the development paradigm of the country toward a more democratic, inclusive and sustainable one.

Mr. Nicolas Schmit, European Commissioner of Labour and Social Rights, noted that equality, social justice and employment are at the hearth of the recovery plans in Europe. He mentioned that these regional plans are aligned with the United Nations call for a comprehensive response to Covid-19 crisis and to put people and planet at the centre of the recovery. He pointed out to the EU Green Deal and the EU next generation as policies that integrate the SDGs in their essence. He indicated that pursuing an economy that works for the people and leaves not one behind is the way forward. He highlighted that SSE, representing more than 10 per cent of the workforce in the EU, is an important actor in driving a better recovery. He said that he thought the European Action Plan for Social Economy in 2021 will create the enabling conditions that ensure development of SSE organizations. The Commissioner announced that there is readiness at the EU level in engaging with the G7 and G20 platforms to secure recognition for SSE at international level. He recognized the efforts of the UNTFSSE and the ILO in advancing SSE.

Ms. Jeroo Billimoria, One Family Foundation and founder of Catalyst 2030, called for including the social entrepreneurs in the co-construction of recovery measures and consultations in shaping public policies. She emphasized the importance of having appropriate access to finance for SSE organization, as also mentioned in the recent report, “Getting from crisis to systems change: Advice for leaders in the time of COVID“.

Mr. Yvon Poirier, Deputy Coordinator of RIPESS, mentioned that it is imperative for countries to integrate existing transformative pathways neglected or ignored by the “business as usual” development paradigms. He advocated for the need for the current global system to sustain and recognize SSE organisations, built by the people around the world. Mr. Poirier concluded by calling on the governments to adopt a resolution at the UNGA recognizing the role of SSE toward achieving the SDGs from the local to the global.

Ms. Augusta Denise Deza, a member of the International Network of Women Leaders, spoke about the importance of the SSE especially in a number of countries in Africa. She noted the need to reinforce the regulatory framework and recognition of SSE. She further stressed the role of SSE in advancing the empowerment of women in society and in the economy.

Mr. Victor van Vuuren, Chair of the UNTFSSE and Director of Enterprises Department at the ILO, provided an overview of the impact of the COVID-19 pandemic on the world of work. He noted that it is affecting different populations in different ways, with women, informal workers, indigenous people, and refugees among those hardest hit. He mentioned that the pandemic exposed the weaknesses of the current economic system. He indicated that SSE is one of the alternative economic models, as a key actor and an ally for the public sector in co-constructing public policies in the recovery stage. He highlighted three areas in which SSE plays a driving role: working in favour of the most vulnerable people, especially in times of crisis; generating innovative solutions at the local level; and supporting a just transition. Mr. van Vuuren added that it is crucial to give visibility and raise awareness on different ways of doing business and the plural economy at national, regional and international levels. He mentioned that the UNTFSSE, that gathers 18 UN agencies and OECD as members and 13 civil society organizations and research institutes as observes, works together to advance the recognition of SSE role for the achievement of the SDGs. He mentioned that member states are key to leading the process toward a UN resolution on SSE.

Mr. Joaquín Pérez Rey, Secretary of State for Labour and Social Economy of Spain, emphasized the need to reshape the economy. He mentioned that the Spanish government has the social economy in the title of the Ministry of Labour for the first time, and that it is working toward putting in place a public strategy on social economy for 2021-2027 in order to support the sector. He mentioned that Spain is engaged both at the European level, with the ongoing presidency of the Luxemburg declaration monitoring committee and  Toledo as European capital for social economy, and at the international level, where Spain welcomes the efforts of the Pact for Impact Alliance, the International Cooperative Alliance and the UNTFSSE. He welcomed the process around the UN resolution on SSE and the related discussion on it at the UNGA 2020.

The following round table discussed climate change and its implications on women who have been disproportionately affected by extreme weather events, the loss of agricultural productivity and the destruction of life and property. The panel focused on:

The Nobel Peace Prize winner Professor Muhammad Yunus closed the event and shared his thoughts about social businesses, the path to achieving the SDGs and the importance of looking at this ongoing crisis as an opportunity to reshaping our societies and economies.