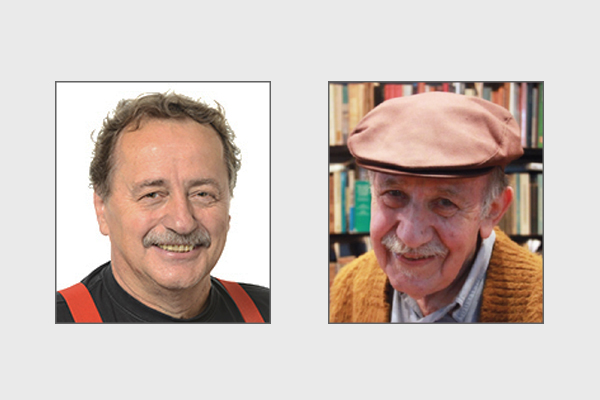 The UNTFSSE wishes to honour the lives of two colleagues, Jens Nilsson and Paul Singer, who regrettably passed away in March and April, respectively. They both in their own way contributed to the Social and Solidarity Economy as we know it. They each leave behind a legacy for those presently working in the field and for future generation of SSE leaders. Our thoughts are with their loved ones and all those who knew them.

By Miguel Ángel Cabra de Luna, Member of the European Economic and Social Committee in representation of the Spanish Business Confederation of the Social Economy

It is with immense sadness that we learned of the early passing of Jens Nilsson, chair of the European Parliament’s Social Economy Intergroup, on 13th March at the age of 69.  Jens has been a driving force in the promotion of Social Economy across Europe and will be greatly missed.

A convinced social democrat, before becoming a politician, Jens worked as an ombudsman and communicator. Prior to becoming a Member of the European Parliament in 2009, he was Mayor of the city of Östersund 1994-2010, from where he initiated the European Network of Cities and Regions for the Social Economy (REVES), of which he was its first President during 1997-2001. He was also a member of the EU’s Committee of the Regions (1999-2010) and the Congress of Local and Regional Authorities of the Council of Europe (2007-2010). In all these capacities Jens cooperated with different UN agencies and tirelessly worked to bring the local, national and international governance levels together.

The UN family would like to honor Jens by recognizing and remembering his strong commitment to the promotion of the social and solidarity economy model as a driver for inclusive growth and social justice.

His passing leaves a great emptiness for his family and for all who knew and appreciated working with him. Yet his ideas and vision will stay alive.

It is with great sadness that we note the passing of Paul Singer, former head of Brazil’s National Secretariat for Solidarity Economy (SENAES), on 16 April 2018.  Paul both supported and inspired the work of UNRISD and the ILO in this field. In 2013 he opened the international conference we co-organized on the Potential and Limits of Social and Solidarity Economy (SSE), out of which emerged the UN Inter-Agency Task Force on SSE.

His ideas and work were informed by his academic background as an economist, sociologist, university professor and researcher; his political activism as a founder and member the Workers’ Party; and his policy making experience as Municipal Secretary of Planning of São Paulo.

He skillfully brought together theory and practice to craft a comprehensive strategy for social change in Brazil that positioned SSE as a central player.  The potential of SSE, he believed, resides in the way it connects different dimensions of development:

“Social and solidarity economy refer to collective practices of sustainable development that contribute to building a more just and egalitarian world(…) by linking economy to society, local to global, labour to investment, and production, consumption and the environment.” (Paul Singer, Secretary for Solidarity Economy, Ministry of Labour and Employment, in PARDEV Newsletter No. 30, June 2012.

This strategy recognized that an effective enabling environment for SSE must go beyond a narrow range of financial and fiscal incentives. He emphasized the importance of strengthening the capacities of SSE enterprises through technology and skills development. To this end he involved the universities in the programmes of SENAES, notably through the promotion of over 100 incubators.  Under Paul’s tenure as National Secretary, solidarity economy became a key element in the poverty eradication programme, Brasil Sem Miséria. State institutions supported solidarity organizations and enterprises through their procurement policies and initiatives to create and strengthen cooperatives. And crucially, he knew that effective policy making required the active participation of SSE actors and social movements, as well as participatory governance structures that spanned national, regional and local levels.

In later life, Paul increasingly engaged with intellectuals, activists and policy makers in other countries that were promoting SSE. He was convinced that the strengthening of SSE in his country was part and parcel of a global movement for change – a movement that today draws heavily on the concept of solidarity economy that he developed and the experience of Brazil where he played such a pivotal role.

For more on Paul’s ideas and professional and political life we invite you to read an interview published in 2016 in Global Dialogue, the magazine of the International Sociological Association.