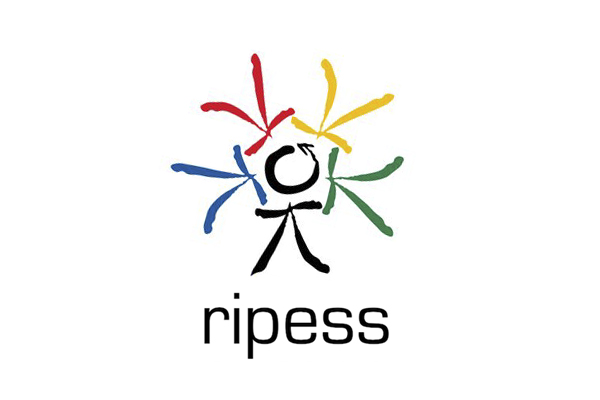 The UN conference which was set to change the way finance relates to sustainable development did not deliver on its promises. But Civil Society was very present and compact, with more than 600 organisations and networks participating. Solidarity finance and economy are starting to be addressed.

By Jason Nardi (RIPESS Europe and RIPESS Intercontinental board)

With the next international financial crisis on the horizon (and the Greek debt crisis as main news, not only for Europe), the 3rd International Conference on Financing for Development (FfD3) was quite strikingly at a crucial time to make a difference on fundamental issues of financial governance and legal framework in the only legitimate intergovernmental space that brings together all the major “stakeholders” (governments of 193 countries, intergovernmental institutions, private sector, civil society). Held in Addis Ababa (Ethiopia) from the 13 to 16 July and preceded by the Civil Society Forum on FfD, it was supposed to come up with proposals on how to shape international financial relations more equally and on how to finance the advancement of sustainable development (mainly in relationship with the Post-2015 Sustainable Development Goals). Crucial issues such as the mobilization of domestic resources and reform of tax policies, the role of private finance, debt restructuring and sustainability, international trade, technology and reforms in the international financial system were on the table.

But the text adopted in Ethiopia has been watered down and is substantially without real commitments. It reaffirms many of the decisions taken in the previous international conferences (Monterrey 2002 and Doha 2008 ) and introduces a few new issues, focusing on the sustainability and “resilience” of all initiatives, but then reconfirming the existing financial mechanisms and governance (including those introduced by the new free trade agreements, such as ISDS) which have led to the financial crisis and in hindering development in the first place. And throughout negotiations (which were reduced to a “take it or leave it” for the whole text, the mistrust between the G77 (representing the Global South) and many of the “developed” countries was overwhelming.

Opening the CSO Forum on Financing for Development, Stefano Prato (SID – Society for International Development) addressed the more than 600 delegates present saying: “We need to be extremely clear and strong in our messages. This is not the time for political correctness, of nuances and diplomacy. Speak to our values, our rights, our aspirations. If we are able to speak with one voice, we will have the possibility to change the outcome and really influence towards a structural change.”

The CSO declaration (link: http://bit.ly/1fEJaTQ) was in fact the successful result of an extended, participated and well balanced process, that has analysed the official “output document” of the UN and set out many proposals for concrete commitments and actions – exactly what is missing from the adopted “Addis Ababa Action Agenda”, despite the name. And if we – as global organised civil society working on these issues, from the most diverse backgrounds – were able to come out with one voice and speak to our values, and have tried to the very last to get the governments to do their part, the outcome of the UN conference was quite weak, cutting out almost all aspirations and confirming the unequal power relations that don’t allow the global community to act the urgently on the urgently needed changes to the international financial and trade system.

The RIPESS Intercontinental network participated with two delegates (Madani Koumare from RENAPESS Mali / RAESS – RIPESS Africa and Jason Nardi from RIPESS Europe), bringing the perspective of solidarity finance and social solidarity economy and positions from the networks, such as the documents produced by Daniel Tygel’s and Yvon Poirier. In the final discussions for the CSO declaration, the following text was introduced in the track regarding Private finance: “We should prioritize policies and development funds supporting a social and solidarity economy and finance that enhances democratic ownership and supports domestic micro, small and medium-sized enterprises that have a greater sustainable development impact.“

Unfortunately, in the UN Addis Ababa Action Agenda, there is no mention of solidarity finance, nor of the role that locally owned, community sourced and self-managed cooperative financial institutions and tools are having and how they can be leveraged to increase impact on local development. The UN SSE interagency Task Force (which was set up last year and comprises 16 UN agencies) and the Leading Group on SSE (led by the French government and comprising some CSOs, including RIPESS) are working on making SSE more relevant inside the United Nations.

We will continue to ask for a systemic change in the financial system and to promote SSE as means for real sustainable development. Next stops: the Post-2015 UN conference in New York and the COP21-Climate conference in Paris. The engagement of SSE networks and movements is crucial if we really want to make progress worldwide, starting from our local experiences. It’s time to act.